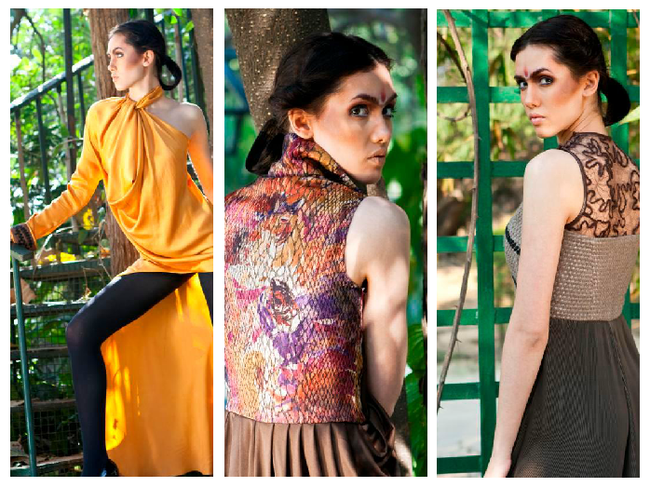 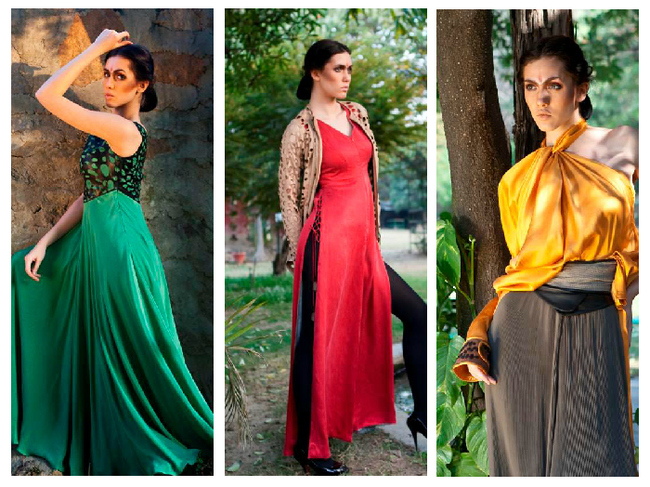 I had the honour of working with a fashion designer as she designed a fashion collection from scratch. This post is a peek into someone else’s creative process.

The project took six weeks. It was broken down into five steps: Developing the story, creating croquis, cutting the patterns, making the actual clothes and designing the Lookbook.

Shreya and I share an appreciation for the best kinds of non-commercial, independently-produced psychedelic music. In search of inspiration for her new collection, we decided to take a song we both loved and turn it into an elegant collection of women’s wear.

The track we picked is called Faerie Spell by Lost Keys. It is a story about a dragon being born. It talks about Magic as the life force of our world and how it keeps nature, and everything around us, in balance. Fantastic food for the imagination.

I learnt that the goal when gathering material for a storyboard is to find (or invent) things that help ideas flow. The more interesting the ideas, the more involved you become with the rest of the creative process.

We played with the dragon theme by deconstructing a collection of dragons into as few lines as possible.

We paired the dragon with the presence of a strong female character. One that inhabited an arctic, fairytale, wilderness.

Macchu Picchu and Gaudi’s architecture got mixed in. We found a story about a man who builds a hobbit house for his family with less than 3000 pounds. A lot of these organic, natural forms found their way into the final collection.

Once we had a character and a setting, we began stockpiling clippings of images we liked. Colours that worked, shapes that caught our attention, patterns that intrigued us, basically anything that spoke to us. We continued to rearrange elements and build on ideas as we sculpted our story. Over the course of a few hours, different shapes, colours and contours started to emerge, and ideas began to solidify.

Once we settled on the ideas that we liked, we stripped away everything else and were left with a collage of our favourite concepts.

The next step was to translate these design concepts into actual forms. These forms were drawn on a sketch of a female model (called a croquis) before we agreed on the designs that worked best.

Here are a few samples of the croquis we settled on. 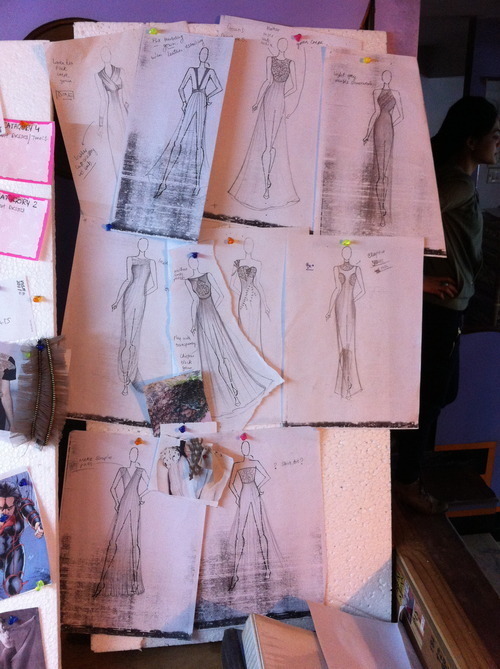 Cutting your patterns involves understanding how fabrics interact. Rather than just picking textures and colours that you like, you have to know how they will drape into the shapes you want to create.

There is no shortcut to this process. Shreya went to the London College of Fashion to develop a foundation of technical skills (like pattern cutting, sewing and embroidering) before designing and manufacturing her clothing.
She has worked with people like Manish Arora, Rohit Bal and Roberta Resta (currently the Senior Editor at Masquerade Magazine) and now she spearheads a creative team of skilled artisans.

Ultimately, the patterns you cut will depend on your experiences, your tastes and the kind of work that inspires you.

Here are some of the patterns at this stage of development: 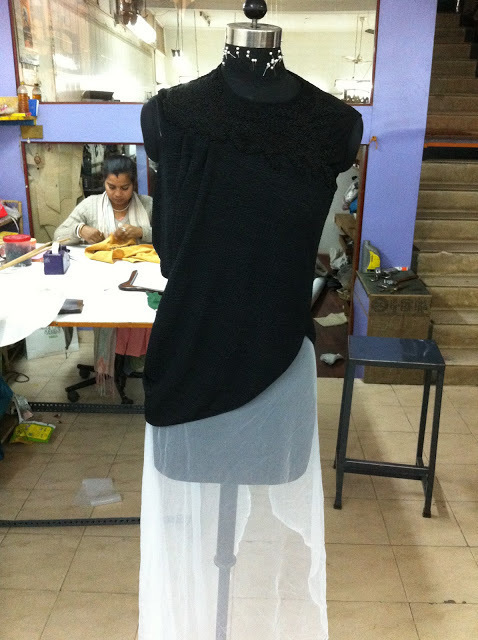 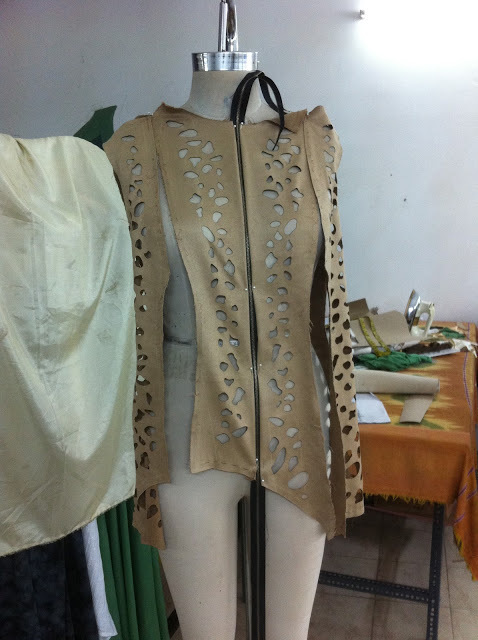 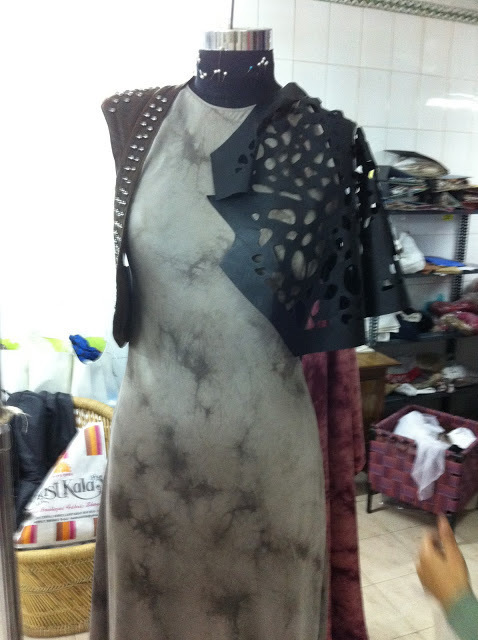 It took a team of nine people to create the collection in six weeks.
As a fashion designer, you will inevitably need to outsource your production to a team of artisans that turn your ideas into art.

The important thing is to stay on top of the process. Shreya did this by involving herself at every stage of the production. Some pieces went through three of four redesigns before they became part of the collection.

Once the collection was complete, the final step was to create a Look Book. We hired a photographer, found a makeup artist and picked a model to showcase the clothes.

When wording the introduction I made sure to outline how the collection was inspired, who it was for, the palette we used and the feel of the collection (how we cut and manipulated the cloth).

Out of 56 pieces of clothing Shrea and I chose the following five to represent the entire collection. 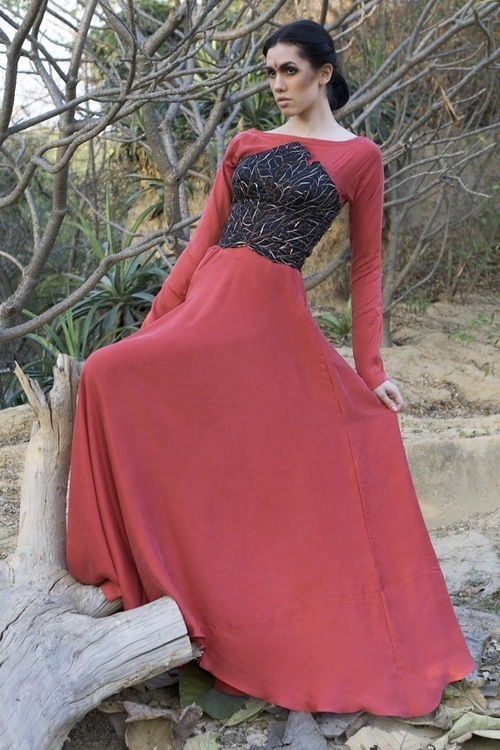 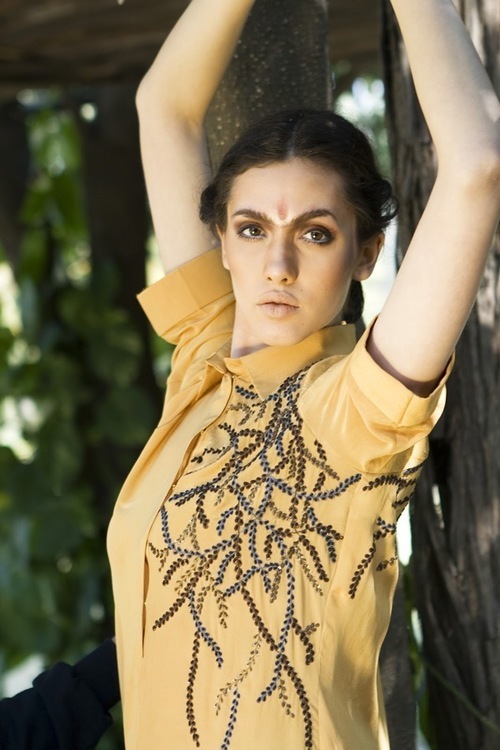 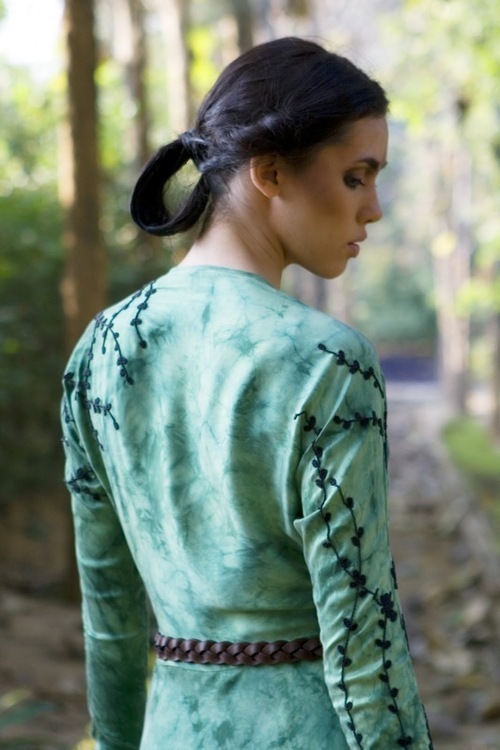 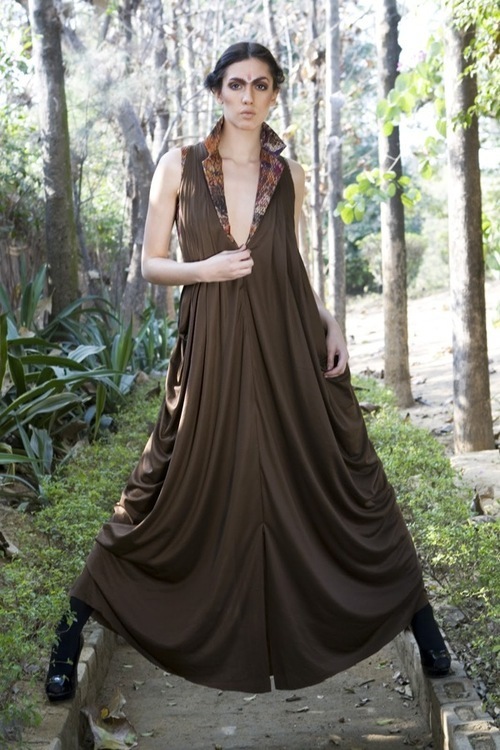 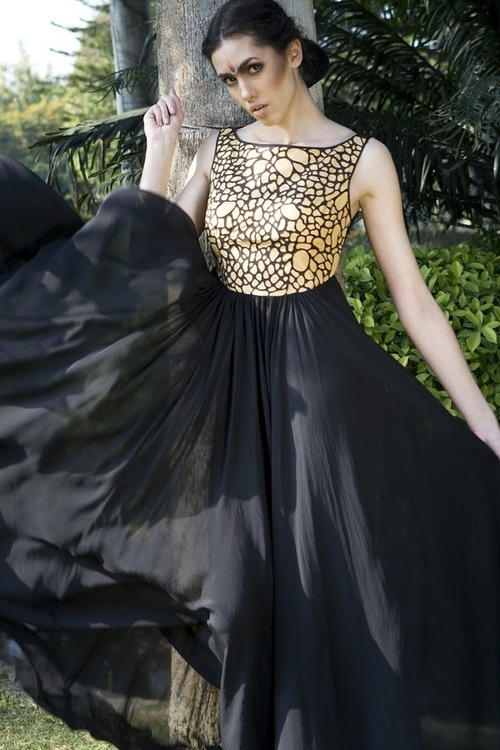