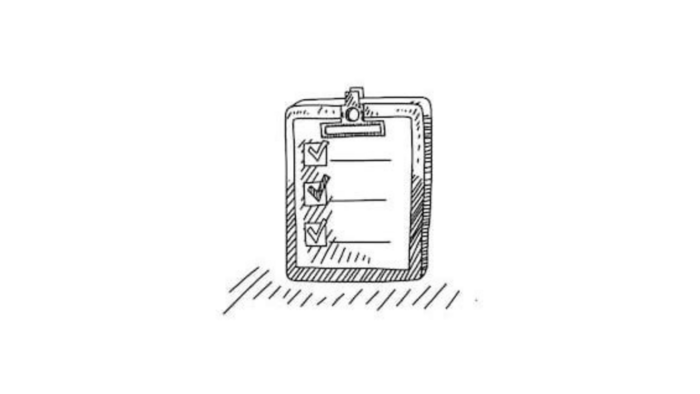 Surveys are a powerful tool for building up a clear picture of your audience but they are often used in the wrong way. I want to show you how to avoid the common mistakes of running an in-product survey.

I often come across people that run surveys because they want to “know more about their users”. They just ask a bunch of different questions. Before you know it, you end up with a big, bloated survey. This is terrible because nobody is going to complete a survey that long, and if they do, you just end up with a lot of data that you don’t know what to do with.

If you don’t have a specific question in mind, then you probably shouldn’t be running a survey. It’s not the right time to do it. Customer interviews are a much better fit for more exploratory qualitative research. On the other hand, if you already know the answer and you’re just looking for confirmation then experiments and AB testing be a better approach.

A good example of a one-question survey is to ask people is “if you decided not to try our product today, which of the following reasons stopped them?” And then provide a list of reasons, and at the bottom, I put an option for ‘Other’.

It’s a good survey question because the answer will help inform a clear and specific. The other reason a survey is a good fit here is that the reason could’ve been any number of things. It could be price, it could be that they didn’t know what the product does, maybe they just don’t know how to use it. You’re not looking for reasons, you have a pretty good understanding of why people don’t try the product, you just need help understanding which option to focus on.

So, how can we encourage more people to complete a survey?

Pick your moment to ask #

You arrive on a new website for the first time and immediately a survey pops up and asks you to answer a few questions.

People typically come to a product with a task they want to complete. Let people complete the task they came to do and then ask them to complete a survey. At the very least give them a few moments to get settled in, maybe let them visit one or two pages first.

The best place for a survey is on exit intent. It’s at that moment when they’re about to leave the website. This might not make sense depending on the content of the survey, but you certainly shouldn’t jump people the minute they arrive.

One question is usually enough.

If you don’t have a single question, make sure you keep it short and make sure it’s focused on a single subject. The more different, random questions you throw in, the more people are likely just to give up.

If you do have more than one question then always start with the easiest one to answer. One of the first things people will ask you on a telesales survey is what your name is. The reason they ask that is that it’s so easy to answer. If you can get them to answer one question, the chance of them answering the second one goes up significantly.

They tend to have a higher response rate than open questions. People don’t want to have to think too much when completing surveys. Offer a set of predefined options for people to select. If you’re planning lots of open questions, maybe you should be conducting interviews rather than running a survey.

Why do you want to know this information? What are you going to do with it? If you’re honest about this and you tell people they will be more likely to help you out.

People sometimes use surveys as an opportunity to start collecting email addresses. If you want people to complete the survey, you shouldn’t be asking for stuff like that. It’s just going to put them off.

An interesting approach you can use with incentives is to only tell them about the gift once they’ve completed the survey, rather than saying upfront that you’re going to give them a gift for completing the survey.

By offering them a gift at the end to thank them for completing the survey, you trigger a reciprocal response because it’s an unconditional gift. They weren’t expecting it. They didn’t factor it into our decision to complete the survey.

Because it was a surprise, and a delightful one, in those kinds of situations, people sometimes feel the need to give back. What some people will often do in this situation is tell other people about it. “Oh, I just did a survey and they gave me this great gift at the end. Isn’t that nice?” Because that’s their way of saying thank you.

There is also the idea of it being a little insider trick that you can give to other people. “Oh, did you know if you complete this survey, you get this at the end of it?” So, sometimes not talking about the incentive is an effective way of getting more people to spread the news about it and encourage other people to complete it too. At the very least, it’s worth trying out.

Surveys are an invaluable tool for understanding how people use your product, but they’re often a wasted opportunity. To avoid the most common mistakes, be very clear about what you want to learn from your survey and focus exclusively on that. Secondly, pick the right moment to ask people to complete your survey. Third, explain why you’re asking, and if possible, offer some kind of incentive to encourage people to act. Most importantly, keep that survey short and focused, and easy to complete. In my opinion, when it comes to user research, often, one question is more than enough to point you in the right direction.

Three weeks ago I got accepted to CXL institutes’ conversion optimisation mini-degree scholarship. It claims to be one of the most thorough conversion rate optimisation training programs in the world. As part of the scholarship, I have... Continue →