An Open Discussion On Gender Crime

On the 30th of December 2012, an open discussion on gender crime was organised for people who wished to share their views on the matter. The goal was to encourage cultural dialogue that explored possible actions we can all take towards building a more constructive and peaceful society.

“Theektalk” is the name and logo I designed for the discussion on sexual assault and gender crimes in India. 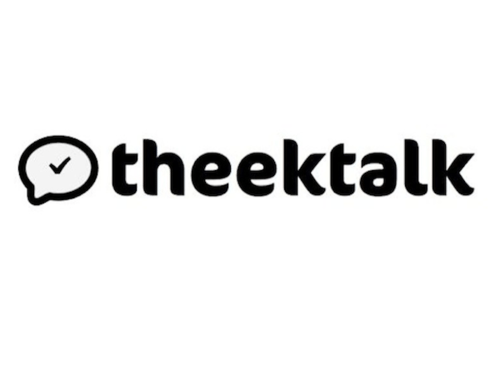 The tick in the centre of the conversation bubble was designed to subtlety suggest a clock face and the phonetic sound of the name the resemble “tic-toc” to hint at the urgency behind the discussions.

The design was black-and-white, simple and friendly to convey the clear and open nature of the talks.

More than fifty people attended the discussion. Everyone was encouraged ( not obliged) to share their point of view. Conversation leaders, like Pramada Menon (a queer-feminist activist and co-founder of CREA), Tamseel Hussain (a campaigner for Change.Org) and Ishita Chaudhry (Founder of the YP Foundation) were invited to steer the discussion.

There was undeniable friction at times, but the talk was productive. A delicate balance between the conceptual and actionable was well maintained throughout the talk.

There were three action points at the end of the two-hour discussion:
The first is to take absolute responsibility for your circle of influence. To many, not laughing at what may seem like a harmless sexist joke amongst friends, can be the hardest thing in the world. It is also arguably the most important.

Breaking outdated social norms and establishing new ones is the most fundamental unit of change in a social reformation. Addressing cultural inconsistencies by refusing to take part in them changes the larger context in which they exist, and forces people to acknowledge them. Not laughing at sexist jokes, or asking people not to play misogynistic music in your presence, may seem inconsequential but the cumulative effect of the ripples can be overwhelming.

The second most important thing you can do is to keep cultural conversations about sexual assault and gender crime alive. Esteemed Psychiatrist, Dr Alok Sarin, was kind enough to attend the talk and share his views on the matter. He pointed out that patriarchy is an ideology ingrained over hundreds if not thousands of years, and it is not going to change overnight.

Every attempt to continue the discussion ensures that the issue does not fall from the public’s attention. With an issue as intricate and embedded as gender crime, the continued process of public dialogue is one of the most effective ways to ensure a sustained transformation in the way society thinks and acts.

One step forward could be as simple as discovering what your friend’s perspectives on the issue are, whether through informal discussion or by holding a dinner party to discuss the matter from time to time.
The final action point is to contribute your time and energy towards an organisation that campaigns for the kind of change you want to see. Rather than starting an organisation, join one that has momentum and contribute to the existing endeavours.

It is always more effective to enforce and implement an established solution than it is to start one from scratch. Some organizations are structured to welcome volunteers into the fold, and they will appreciate your attention and enthusiasm.

If an organization is not structured to accommodate volunteers, then you can always approach them to find out what their challenges are. Independently solving an organization’s challenges allows you to contribute to their efforts without burdening them.

If nothing else, this discussion made it abundantly clear that there are people out there working towards a better world. A number of organizations came up during the course of the discussion. Below are a list of the top five recommended organizations that pertain to gender crime and sexual assault in New Delhi, India:

I decided to learn more about conversion rate optimisation because I appreciate objectivity in my work. Designing and building digital products can be a highly subjective process at times. Everyone has an opinion on what needs to be... Continue →